written by Admin 07/29/2020
There are over 500 million blogs in the year 2020 and over 2 million blog post are released daily. The competition has been high since blogging started to gain fame in Nigeria but this is a comprehensive list of successful blogs and bloggers in Nigeria right now. 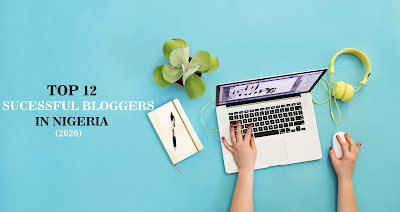 The blogs listed below are not ranked because it will be difficult to rank blog with different niche but the blogs that are listed below are high authority blog site in Nigeria in the year 2020.

LindaIkeji Blog :
LindaIkejiblog is a blog that is popular among bloggers and news lovers in Nigeria and in diaspora. She started her blog in 2006 after graduating from the prestigious University of Lagos where she studied English Language. 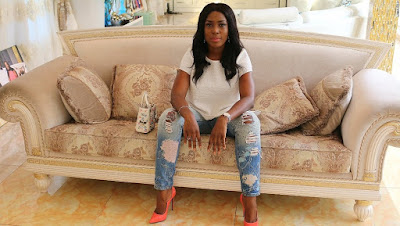 Linda Ikeji blog mainly publish news and stories in the country. The blogger also owns a TV which she named LindaIkeji TV. The blog have received a lot of merit awards for its success in the blogging industry.

Nigeria Blog Award(NBA awarded Linda Ikeji Blog for the Best Entertainment blog in 2013. She was also part of Forbes Africa’s 20 most Prominent Women in 2012. The blog was also the “Biggest Google Search Trend” in Nigeria in 2014.
Owanbe Blog:
Eric Aluya is the owner of Owanbestyles and Xclusivestylez blog. He started blogging in the year 2012 with Owanbestyles. His blogs are one of the fast-growing fashion blogs in Nigeria presently with large amount of followers. Back in 2012, he started blogging on suit for men but he later changed to African Fashion for women. He also owns a YouTube Channel (Xclusivestylez) which was one of the primary African Fashion Channel to arrive at 115k subscribers. 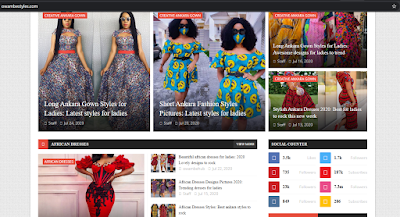 360 nobs:
Noble Igwe is one of the prominent bloggers in Nigeria. He is the founder and CEO of 360Groups. He is the pioneer of 360nobs blog which focuses mainly on entertainment news, lifestyle, fashion (men and women), and music download. The blog is unique and one of the best blogs in Nigeria. 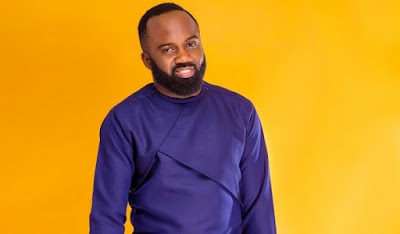 Noble has accomplished a lot as 360nobs blog was awarded in 2015 and 2018 as the City People Music Award for Music Website of the year. You will find trending news in the blog as well as popular events and parties in the country. 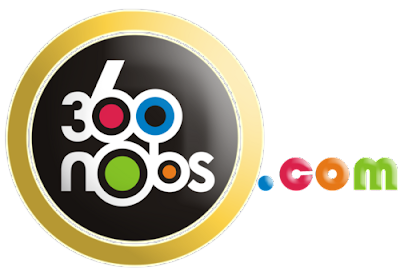 Noble Igwe has extended his business by establishing a new business under 360 Limited which is named 360 delivery. It is a courier that delivers food to any part of the country with ease and on time.

NotJustOk:
Ademola Ogundele founder of NotJustOk blog. The blog which focuses mainly on Nigeria’s music has been successful over the years. It was launched in 2006, and it has acquired a great number of audience. 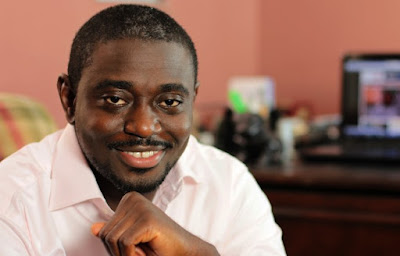 The blog also posts popular news that is trending in the music industry. It also has a section where there is a profile for Nigerian Musicians which makes it one of the most interesting blogs in Nigeria.
It is the no 1 online platform for people for music and music videos. With over a million viewers per month from different countries, it is one of the most visited websites in Nigeria. 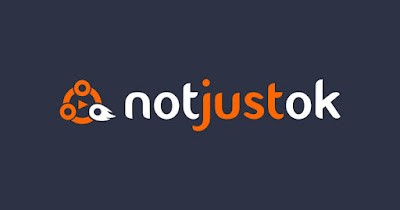 The blog NotJustOk has contributed to the massive sales of popular music album of notable musicians like Wizkid, Banky W, M.I with its online platform named “MyNotJustOk”.
This online platform under NotJustOk has made a huge success as it allows artist to upload their songs to the public.
The blog has been recognized and he has received notable awards. City People Entertainment Award in 2011, 2012, 2013, and 2014. It has also received the Best Music Blog in the Weblog Award in 2014. It has also received the Blog of the Year in Nigeria Entertainment Award in 2013.
Punch :
Punch is fast becoming one of the best blogs in Nigeria. The blog focus mainly on education, politics, sports, news, entertainment, and business. The blog is well known to puiblicise articles to readers in an interactive way which makes most Nigerians visit the blog. 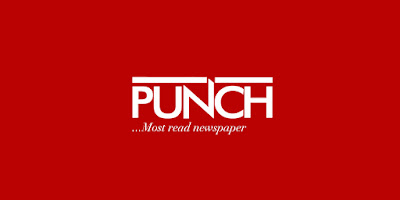 It also publicise up-to-date news and it is well known for being genuine and accurate in all its news publications.
BellaNaija :
Eze Pedro is one of the most successful bloggers in Nigeria. Her blog BellNaija focuses mainly on lifestyle, entertainment, and fashion(Bella Naija Aso Ebi and Bella Naija Fashion Dresses ) in Africa. The blog has over 75,000 viewers in a month. 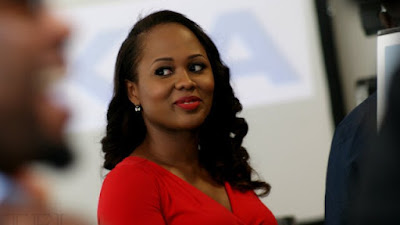 For her notable accomplishment, BellaNaija has received a lot of awards for her strive in putting Nigeria in front in the blogging industry in Africa. 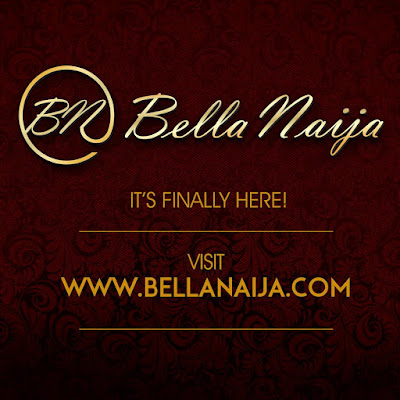 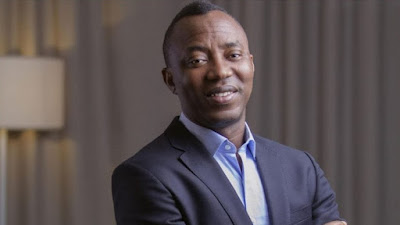 Sowore holds a master degree in Public Administration from Columbia University. It is an outstanding news blog that reports ongoing news in Nigeria and all over the world.

Writers in charge :
Onibalusi Bamidele is the founder of Writersincharge.com. The name of the blog was Youngpeople.com before it was changed in 2013. 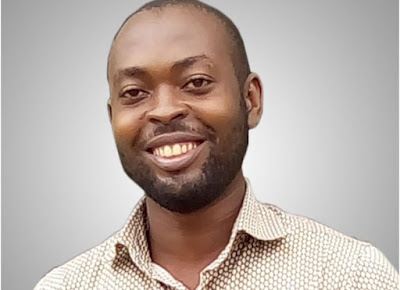 He inspires and tutor people on how they can start their own blog. Onibalusi Bamidele in-depth post has been recognized by big brands like Forbes, Digital Journal, Millionaire Magazine, and more.
Naijaloaded :
Makinde Azeez is the owner of the well- known blog “Naijaloaded.com”. He started the blog back in 2006. His blog main focus on music, videos, entertainment news, sport, and news.

The successful blogger has also created a TV which allows people to express their opinion on various issues concerning the entertainment industry. 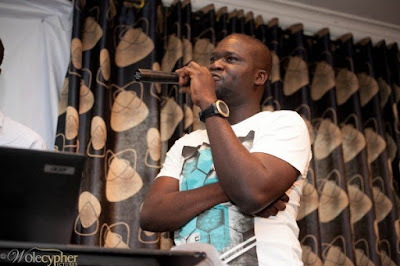 Due to his fulfillment, his blog has been nominated in 2014, 2016,2017, and 2018 for the City People Music Award for Music Website of the Year.
Legit.ng:
It is one of the successful and top news blogs in Nigeria presently. It is a digital media and news website. The blog has a large audience and his monthly readers are over 14 million. It was launched in 2012 and since then still remains relevant in the blogging industry. 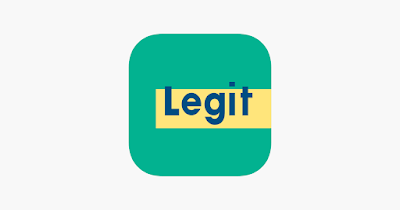 Legit.ng which was formerly known as Naij.com has surpassed other online news sites. It also has a verified YouTube Channel and  TV which one of the best TV in Nigeria now.
Due to its great relevance, it was nominated for Nigerian Broadcaster Merit Award for Website/Blog of the year. Legit.ng focus mainly on politics, entertainment, sports, business, and of course trending topics in the world.
Trybeinfo :
Trybeinfo is also one of Nigerian successful blogs that deals majorly with a wide variety of information and that is why its readers tend to increase daily. It focus mainly on trending topics, entertainment and fashion. 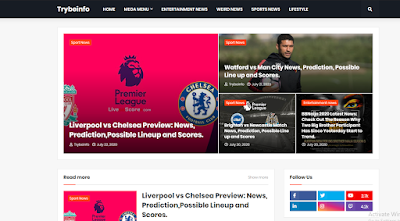 It is owned by a teenager who has a great passion for writing and blogging. The blogger is also a certified digital marketer and graphic designer.

Prune Tech:
While other bloggers focus their attention on niche like entertainment, fashion, sports, and news, Timi focus his attention on tech. 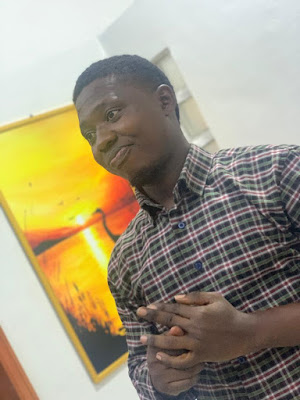 The blogger is really doing well presently as large number of people visit the site to solve their tech problems. 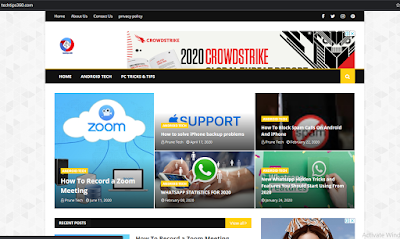 The outstanding blog, Prune Tech also gives out tricks and tips on how to make the best use of gadgets like laptops, phones (both IOS and Android, and so on.
0 comment
0
FacebookTwitterPinterestTelegramEmail

Top 5 Motivational Books You Have To Read...

@2022 - All Right Reserved. Designed and Developed by Treasure

We have detected that you are using extensions to block ads. Please support us by disabling these ads blocker.